In 2021, Syntony GNSS drastically improved the performances of its GNSS Recorder & Replayer Echo to answer the growing R&D needs in the agriculture industry. Indeed, to increase receivers’ precision, a major autonomous farming equipment manufacturer wished to record with unequaled precision the GNSS scintillation phenomenon in one of the most exposed zones on the planet: Brazil.

To that end, Echo allowed them to get records with a 200 MHz sampling rate, the highest fidelity ever recorded and replayed on the market. Moreover, to achieve even more accurate results, Syntony added a particularly advanced RF stage to reduce at an ultra-low Total Group Delay. (TGD) on the signal bandwidth. Those unequaled performances provide the market with a more than ever powerful tool to develop resilient and precise receivers. 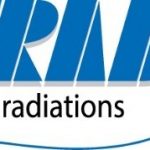